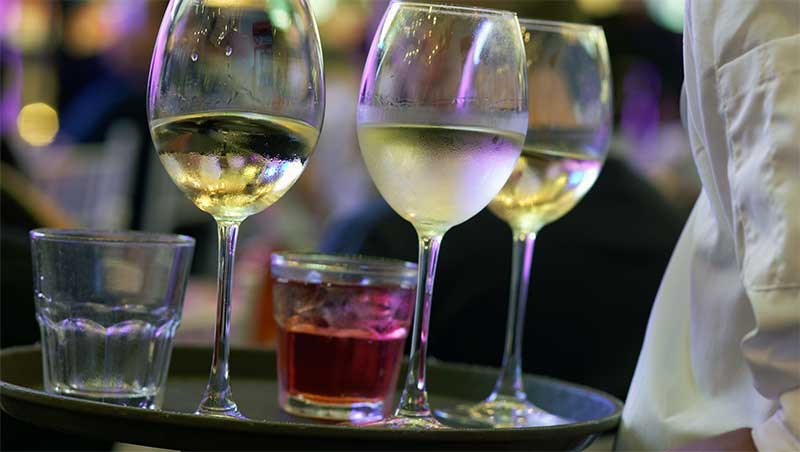 Since the mid-1960s, the National Alcohol Survey (NAS) has been collecting data on how Americans drink – who’s drinking, how much, how often, and where, as well as the problems that arise from our patterns of consumption. A lot has changed since the early surveys – we’ve been to the moon and back and can now reach the other side of the world with the click of a mouse – and with these changes, the NAS has grown, adapted, and become an even more essential tool in understanding alcohol’s effects on individuals, families, and communities.

At the time of writing, pilot testing of the most recent NAS – number fourteen – is underway. This new survey introduces a web survey, new measures, and additional focus areas, along with questions it’s been asking for forty years so we can continue to track and compare responses over time with core questions introduced in 1979.

Before data collection begins, we chatted with the current co-director, senior scientist Katherine Karriker-Jaffe, PhD, to learn more about the most recent survey’s measures and methods, and how the NAS furthers our understanding of alcohol use across populations, over time, and around the country. 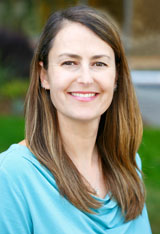 What are some of the methodological changes you’ve implemented in the new survey?

One of the key innovations of the current series is that we’ve incorporated an online version, which will use a non-probability web-panel sampling method along with two probability samples. The probability sample respondents are selected randomly and contacted via cell phones and landlines, or letters are mailed to addresses asking recipients to take a web-based survey. This is the first time the NAS will use three different modalities which will help ensure respondents represent the broader population.

What are some of the challenges you anticipate in collecting data via an online survey?

The web panel and address-based web survey are new, so it will be important to see if the online responses differ from the phone samples. Because people will be answering questions privately on their computer or via a web browser on a handheld device, their responses may be more accurate. On the other hand, without a trained interviewer asking the questions, web responders may go too quickly through the questions.  But we’ve taken these kinds of issues into consideration when designing the study and have ways to assess responses to know if someone isn’t answering carefully.

What are the new measurements this survey includes that differ from previous versions?

First, it’s important to note that whenever we’re designing a population survey of this magnitude—in particular one that has been conducted for 40 years with many comparable questions like the NAS—there’s always a tension between maintaining the core content and being innovative. One of the unique and extremely valuable aspects of the NAS is that it allows comparisons across time. We can look at how a specific population, let’s say young adults, were drinking in the 1980s, and do the same analysis for young adults through time till today to see the differences in consumption patterns. That’s a very rudimentary example, but it helps explain why we need to keep asking the same questions.

However, things change – demographics, policies, and societal norms – and we need to ensure the survey reflects and captures these changes. The last survey in 2015 and the currently fielding survey include added questions that focus on the co-use of alcohol and drugs, alcohol use and mental health and stress, alcohol use among sexual minorities, and secondhand alcohol harms. The NAS also measures how alcohol consumption history affects our health, such as risk of cancer, heart disease, and diabetes.

The NAS isn’t the only national survey on alcohol use in the US. What distinguishes it from the others?

The NAS has several unique factors that distinguish it from other surveys. First, as we’ve mentioned, it has been fielded for over forty years, making it the longest-running US national survey. It has produced incredibly rich datasets, most of which are publicly available, allowing researchers to assess drinking trends and patterns across four decades.  It means we can really see how our drinking behaviors have changed over time, assess alcohol-related problems to determine if they are getting worse or better or staying the same, and look at potential trajectories.

Another unique factor not available in other alcohol consumption surveys is that since 2000 we geocode the NAS data. Geocoding is a process by which geographic coordinates – latitude and longitude – are determined based on zip code or actual address.  Having this information enables comparison across different types of places around the country. While the samples aren’t large enough at a county level to do a robust analysis, we can use the georeferenced data to assess how neighborhood disadvantage is related to drinking, or be able to look at the location and type of alcohol outlets and compare alcohol availability to alcohol use. Geographical location is critical information for understanding how the setting or context may influence drinking or problems, and for evaluating the potential effects of alcohol-related policies. Without knowing where the people with alcohol problems are, it is difficult to determine where to focus prevention and intervention efforts.

Why is it important to do these types of national surveys?

Alcohol consumption is the third-leading cause of preventable deaths in the US next to tobacco use (first), and poor diet and lack of exercise (second). Its misuse also costs the US approximately $249.0 billion each year. So it’s a huge public health issue that affects a great number of people and communities.

How do we improve our ways of addressing it? We need good data to see who is at greatest risk and what environments are protective or may add to risks before we attempt to solve the problems.

Alcohol consumption can be measured using sales data based on taxation, that is, how much people are buying on average in a state. But that only captures what type of alcohol a state’s population as a whole is  purchasing – beer, wine, or spirits – and how much. It doesn’t tell us anything about how they’re drinking on an individual, subgroup, or neighborhood level. We know not everyone drinks alcohol, and those who do, don’t drink the same. Differences include how much we drink, what we drink, when we drink, how we drink and how often, and in what situational context. These differences can help us identify alcohol-related risks such as development of acute and chronic health outcomes, mortality and morbidity, and secondhand harms. It enables the assessment of, and comparison between, particular segments of the population based on gender, race/ethnicity, socioeconomic status, and geographic location.

First, we’re always interested in new collaborations. We currently work with research partners both here in the US and around the world. So get in touch or go to our website and fill out the data request form.

The NAS data from 2010 or before are in the public domain and can be accessed from our website. If people are interested in using the data from the 2015 NAS – the most recent complete survey – they can contact me directly and we can talk through your project and the data use agreement.

The data have been publicly available on our website since early 2017. It’s exciting to see all the various projects that are using the NAS in addition to our own internal studies. Such applications highlight the importance of the NAS and the need for it to continue long into the future.

Thanks for giving us an inside look at the NAS, Kate. Good luck in the field and we’ll reconnect once the data for the new survey are collected and analyses are underway.

Alcohol Causes Significant Harm to those Other than the Drinker. Read more.

Stricter Policies Lower the Risk of Being Hurt by Someone Who’s Been Drinking. Read more

Some People with Alcohol Use Disorder may be able to Substitute Cannabis for Alcohol. Read more.