Alcohol-related health problems include highly prevalent and serious disorders such as hypertension, diabetes, and depression. Substantial evidence supports a J-shaped relationship between alcohol use and diabetes, whereas a linear relationship is well-documented between alcohol use and hypertension, and there is mixed evidence regarding the shape of the relationship between alcohol use and depression. A common biologic mechanism for alcohol’s effects on these disorders may be inflammation. Inflammation is a general response by the immune system to harm, such as bodily injury or exposure to irritants (e.g. alcohol). Inflammation that becomes chronic, potentially lasting for years, is associated with an increased risk of health problems, including hypertension, diabetes, and depression. Thus, intervening on inflammation offers new opportunities for prevention and treatment. However, the mechanisms of inflammation in the context of alcohol use and health require further study. Racial/ethnic health disparities are especially relevant in this context because racial/ethnic minorities share a disproportionately large portion of the burden caused by these disorders. Moreover, recent studies show racial/ethnic minorities have consistently higher levels of inflammation, and these differences have been observed across the lifespan.

This project involves two studies (A & B) with two aims each. Study A is a secondary analysis of data from Waves I-V of the National Longitudinal Study of Adolescent to Adult Health (AddHealth). Study B entails primary pilot data collection via self-administered dried blood spots (saDBS) from a subsample of the 2020 National Alcohol Survey (NAS).

Study A, Aim I: Describes the longitudinal relationships between alcohol use, inflammation, and health outcomes (hypertension, diabetes, and depression).

Study A, Aim II: Describes how race/ethnicity impacts alcohol’s effects on health via inflammation and the roles of environmental stressors and unhealthy behaviors.

Study B, Aim I: Pilot tests the use of a novel biosample collection method (self-administered dried blood spots (saDBS)).

Study B, Aim II: Explores additional immune markers relevant to the relationships between alcohol use, inflammation and health across racial/ethnic groups in a nationally representative adult sample. 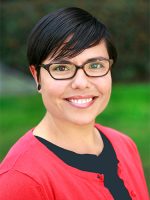 New research is first to assess the use of dried blood spot collection in a large national study In the first study to assess the feasibility of obtaining a mail-in, dried blood spot (DBS) sample from large national surveys in the U.S., results showed return rates differed across racial/ethnic groups and educational attainment. Specifically, Blacks and Latinos, and people with a high school education or below were less likely to return a DBS sample than Whites and those with a college e END_OF_DOCUMENT_TOKEN_TO_BE_REPLACED

Congratulations to ARG associate scientist Priscilla  Martinez who received an NIH K01 Career Development Award to study the relationship between alcohol use, inflammation, and health outcomes, specifically hypertension, diabetes, and depression, in the context of racial/ethnic disparities. The prestigious K01 award provides early-stage investigators with mentored support to help recipients develop independent research careers.  Martinez is the first ARG researcher to receive such an aw END_OF_DOCUMENT_TOKEN_TO_BE_REPLACED