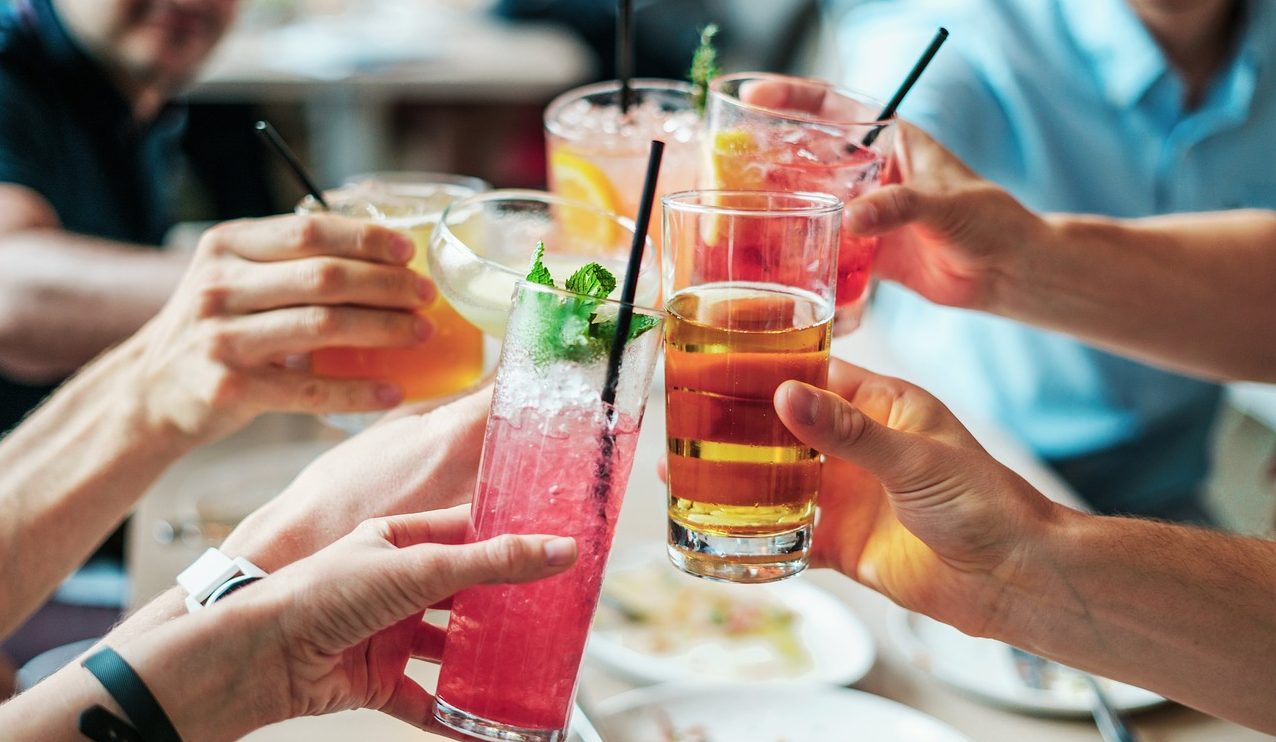 According to a study from ARG Research Associate, Edwina Williams, MPH, and colleagues, when comparing heavy drinking trajectories between two cohorts, trajectories for Hispanics and Whites of both sexes have changed over time. However, Hispanic and White women in the younger cohort saw the greatest increase in heavy drinking compared to other groups.

Data from the 1979 and 1997 cohorts of the National Longitudinal Survey of Youth were used to model heavy drinking frequency from ages 17-31. It is the first known study to look at racial/ethnic-gender differences in heavy drinking trajectories between two cohorts. 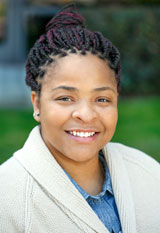 “What we found suggests that women’s drinking has changed significantly compared to the older cohort of women, and a narrowing gap between young men’s and women’s drinking,” ARG Research Associate and lead author Edwina Williams said. “It also suggests that women think differently about drinking and are behaving differently than their older counterparts. These changes could result in greater health problems for women over time if this drinking pattern persists or gets worse.”

Results also showed that the younger cohort’s heavy drinking peaked in the mid-twenties compared to the older cohort who peaked in their late teens or late twenties. However, the peak frequency remained the same.

“While such a shift in heavy drinking may help reduce alcohol-related morbidity and mortality in late adolescence, we’re concerned that young adults are drinking more frequently than they used to,” she added. 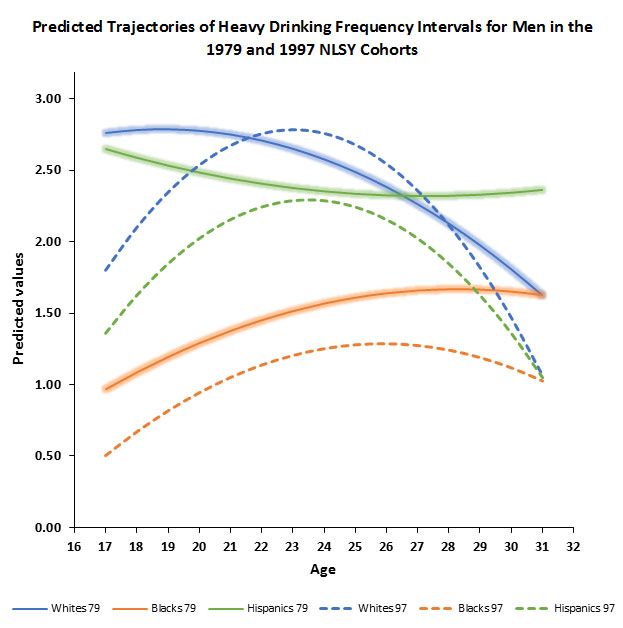 “If we want to see heavy drinking drop, interventions that target specific groups are needed along with research that focuses on racial/ethnic and gender disparities. Only then can we ensure that prevention efforts will be appropriate and effective.” 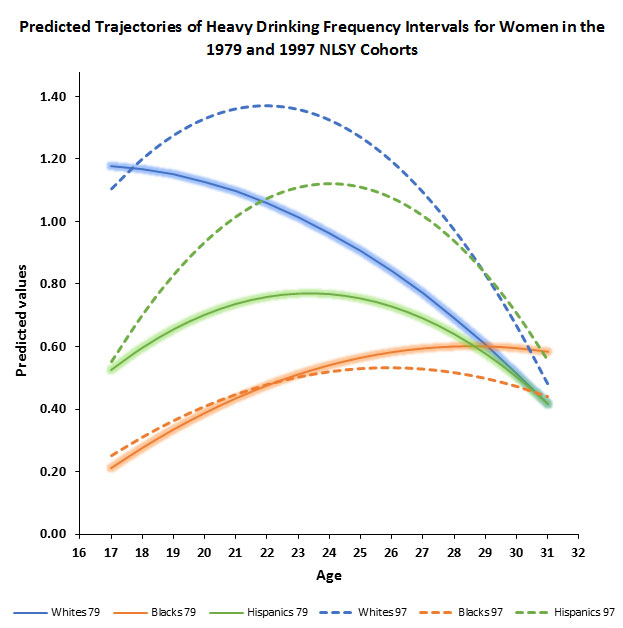 The study was funded by the National Institute on Alcohol Abuse and Alcoholism and is available online October 31, 2017 in the journal Alcoholism: Clinical and Experimental Research. Other Alcohol Research Group co-authors included Nina Mulia, Katherine J. Karriker-Jaffe, and Camillia Lui.

If you are interested in arranging an interview with Edwina Williams, MPH, please contact Diane Schmidt, communications specialist at the Alcohol Research Group at (510) 898- 5819 or dschmidt@arg.org.