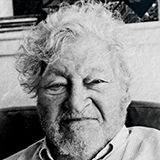 Joseph R. Gusfield, a leader in American sociology and founding chair of the Sociology Department, UC San Diego, passed away on January 5, 2015, at the age of 91. Dr. Gusfield was a world-renown researcher, inspiring instructor, and once frequent visitor at ARG, both as a lecturer and library patron. Dr. Robin Room, Professor of Alcohol Policy Research at the School of Population Health of the University of Melbourne, Australia, and Director of the AER Centre for Alcohol Policy Research at Turning Point Alcohol & Drug Centre, kindly shared his knowledge and friendship with Dr. Joseph Gusfield, after hearing the sad news of his passing.

“Joseph worked primarily in the field of alcohol sociology and social history and is best known for his book on the American temperance movement, Symbolic Crusade: Status Politics and the American Temperance Movement (1963).  This text, which Dr. Gusfield developed from his 1955 dissertation on the Woman’s Christian Temperance Union (WCTU), began a reinterpretation of what temperance was about, which helped to launch an entirely new tradition here in the US and around the world.  In his 1981 book, The Culture of Public Problems: Drinking-driving and the Symbolic Order, he turned his (and our) attention to the role of modern social movements and of science in social policy.  In sociology more generally, he pioneered a “constructivist” approach (sometimes called “historical social constructionism”), which brought into the study of social problems the dimensions of how the problems are defined and constructed in a society.

In the late 1970s, Joseph and I were both named to a grants’ review panel of the US National Institute on Alcohol Abuse and Alcoholism (NIAAA). Besides grant-reviewing, the then-Prevention Division of NIAAA also used the panel as a sounding board on prevention program and policy in the field.  Joe’s views in the panel were strongly influential, but in that context seen as unconventional.  I remember a panel member coming up to us after the panel had argued about priorities between proposals and saying “you both have interesting minds”.  We had argued against the routine scientific assumption that evaluation proposals should be graded on the novelty of approach in what was being evaluated. A study which ended up showing that the standard practice doesn’t work very well, we argued, was more important in terms of practical utility than testing a novelty. As this illustrates, Joe was a “soft constructivist”, in sociological terms – he argued that social definitions were crucial, but not that nothing could be learned from positivist approaches.

Joe attended and presented at the Kettil Bruun Society (KBS) June meetings a couple of times. I have a vivid memory of Irma and he seated for coffee on the square around the Palazzo del Ragione in Padua – it must have been 1983.

Joe was a mentor and an inspiration to many of us in the field.  He will be missed, but his work stays with us.”