New study finds a more accurate way to measure per capita alcohol consumption that accounts for changes to how much alcohol is in beer, wine, and spirits

The way we currently measure how much alcohol each person is consuming may be less accurate than previously thought, according to a new study from the Alcohol Research Group, a program of the Public Health Institute. The study authors offer a new way to determine per capita alcohol consumption that accounts for changes to the alcohol content of alcoholic beverages and people’s drinking preferences over time.

The significant increases in mortality rates from alcoholic liver disease (40%) and emergency department visits (62%) over the last decade happened alongside a smaller rise in the total per capita alcohol consumption estimate (6%). The study’s authors sought to understand this difference between how much alcohol people are consuming and alcohol-related harms, and suspected the way per capita alcohol consumption (PCC) is measured may be one of the issues.

Per capita alcohol consumption (PCC) estimates are measured using alcohol sales data and the average percentage of alcohol by volume (%ABV) for each beverage type (beer, wine, spirits). However, the average %ABV per beverage type used to calculate estimates were set in the 1970s and remain stagnant at 4.5%, 12.9% and 41% for beer, wine, and spirits, respectively. Changes to the alcohol content and consumer preferences towards higher or lower %ABV beverages have not been taken into account. 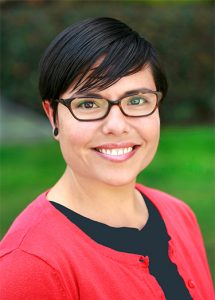 Between 2003 and 2016, the percentage increase from the new per capita estimates was 7.9% compared to a 5.8% change in the previous estimates. The new consumption estimates showed that Americans aged 15 and older drank on average 303 drinks in 2016, up from about 281 drinks in 2003. The growth in consumer preferences for beverage types with a higher and increasing %ABV and a decrease in preference for lower %ABV beverage types accounted for the changes in the %ABV and consumption estimates.

According to ARG scientist and lead author Priscilla Martinez, PhD, there are many reasons why precise per capita alcohol consumption estimates matter.

“Underestimating changes in how much alcohol we’re consuming limits our ability to understand changes in alcohol-related problems. And since we were already seeing an increase in per capita consumption, our observation that it has possibly increased by even more is cause for concern.”

“Since surveys are finding a decline in youth drinking, the increase in per capita alcohol consumption is probably being driven by drinking among middle-aged and older adults, and they are more likely to have chronic diseases and be on medication.  And with increased legalization of cannabis, more people may use alcohol and marijuana together potentially leading to higher rates of drunk driving and self-harm. We need precise consumption estimates to help us understand what’s happening with drinking in our country and to take appropriate action.”

If you are interested in arranging an interview with Priscilla Martinez, PhD., contact communications specialist Diane Schmidt at (707) 889-8738 or dschmidt@arg.org.