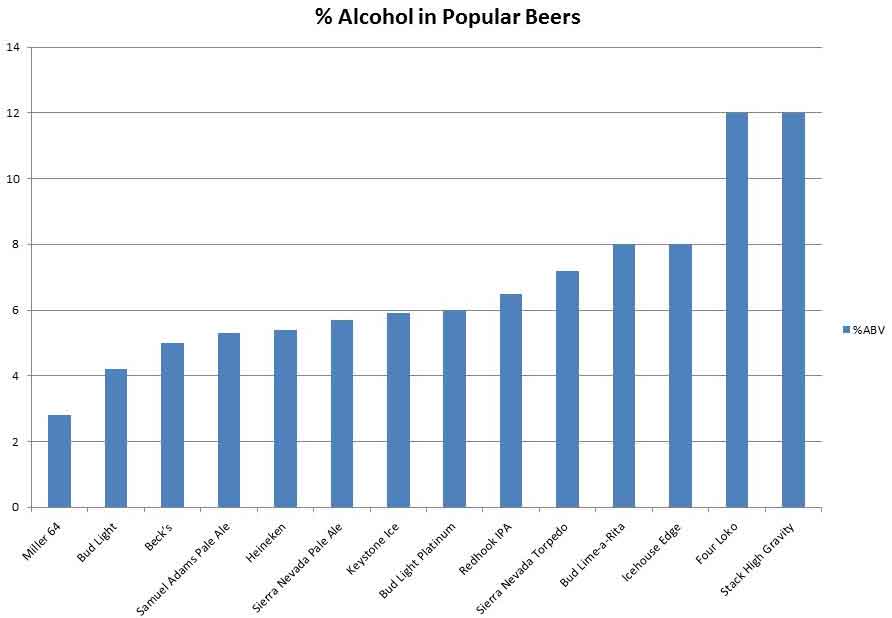 According to a report from ARG researchers and published by the National Alcoholic Beverage Control Association, people really aren’t aware of how much alcohol they’re drinking.  This is in part due to beer and wine makers increasing the alcohol content of their products and because of new products entering the market with a higher alcohol percentage than ever seen before.

It also doesn’t help that beer and wine producers aren’t required to label their product with the actual alcohol content. Some producers do label while others don’t.  This means that consumers – you and I – could be drinking more than we thought, leading to long term health concerns and the likelihood of alcohol-related car crashes.  In other words, some of us might over-drink without realizing it.

“If the goal is for people to drink responsibly, we need more informative labeling from the producers and education regarding drink alcohol content, ” said ARG scientist William Kerr, lead author of the report.  “Without consistent labeling, someone may be drinking a beer that has twice the alcohol content that they think it has.”

The chart above shows a sample of popular beers and how their alcohol content ranges from almost 3% found in Miller 64 to 12% for Four Loko and Stack High Gravity – that’s a huge difference and especially if people are consuming more than one drink.

“A one or two percentage point difference in alcohol content between beer brands may not sound like much, but proportionally it’s pretty big and the difference adds up over a number of drinks,” Kerr said.

To learn more, read the full press release and get the full report: The Blurring of Alcohol Categories (PDF).