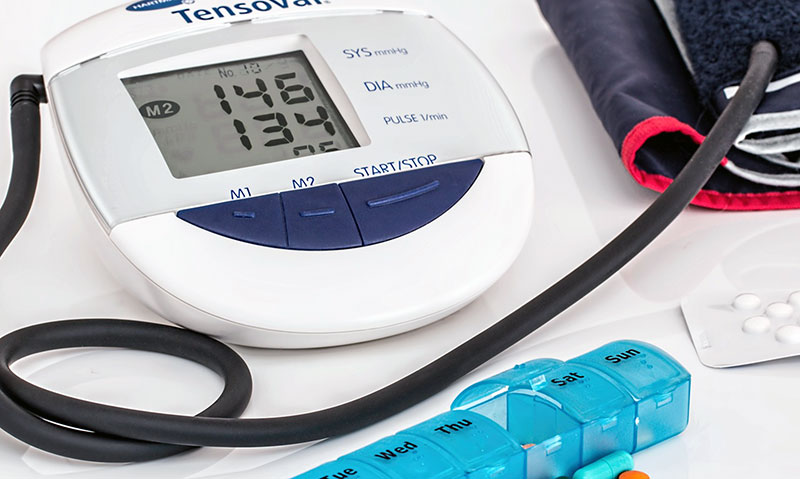 Press Release: People who consume high-levels of alcohol may be at an increased risk of developing high blood pressure according to a new lifecourse study from the Alcohol Research Group (ARG), a program of the Public Health Institute. The study, published today in the American Journal of Preventative Medicine, confirms previous research that demonstrated a significant link between hypertension and heavy drinking in both sexes.

For risky drinking men (15-28 drinks per week) who had at least one heavy drinking episode per month, the risk of developing hypertension rose by 1.64 times compared with men who drank less with no heavy drinking episodes. A heavy drinking episode was defined as having six or more drinks in one sitting in the past 30 days. Men who were older or were no longer working were also at an increased risk as were current smokers and being overweight or obese. When compared to whites, Black men had a greater risk while Hispanics’ risk was lower.

The study applied a lifecourse perspective which assessed other factors that may contribute or modify the likelihood of developing disease over a person’s lifespan. Researchers used data from the U.S. National Longitudinal Survey of Youth-1979 (NLSY79) that followed a cohort of 8,289 individuals aged 14-21 from 1979 to 2012 when they were in their late 40s and early 50s.

“To really understand the role that alcohol plays in hypertension and heart disease, you need to understand how people drank over time before the health problem occurred,” said ARG scientist and lead author Camillia K. Lui. “You also need to consider all the pieces that contribute to being healthy or not – aspects such as whether you were born in the US or are an immigrant, how you identify in terms of race and ethnicity, your education and employment status which can afford health advantages in knowledge and access to care, and health factors such as prior health limitations, smoking, and obesity.”

In other findings, there was no significant relationship between high volume alcohol use or heavy drinking episodes and heart disease. The research team speculates that this may be due to the younger age of the study cohort who were between 47 and 55 years old at the end of the study period.

“On average, heart disease in men begins at age 50 and in women after age 55. The extent that hypertension is one of the risk factors for heart problems suggests that the study results may also reflect how alcohol affects heart disease itself,” Lui added. “It will be important to look at this same cohort in another ten or twenty years and do further lifecourse research to see how alcohol impacts heart health as people reach their sixth and seventh decade, and the variations by race/ethnicity.”

If you are interested in arranging an interview with Camillia K. Lui, PhD, please contact Diane Schmidt, senior communications & development specialist at the Alcohol Research Group at (510) 898-5819 or dschmidt@arg.org.

Support for this research was provided by the U.S. National Institute on Alcohol Abuse and Alcoholism (NIAAA) at the National Institutes of Health (NIH) under award R01AA021448; P50AA005595 (Kerr, PI). The content is solely the responsibility of the authors and does not necessarily represent the official views of the NIAAA or NIH.