As part of this year’s 60th anniversary celebration, we sat down with Robin Room to talk about ARG’s history and his role in shaping its development.

Dr. Room began his career in 1963, first as a field worker on one of ARG’s initial alcohol surveys before becoming the scientific director in 1977 through to 1993. Since his tenure at ARG, Dr. Room has lead centers in Canada, Sweden and most recently, Australia where he directed and inaugurated the Centre for Alcohol Policy Research (CAPR) at the University of Melbourne and later, at La Trobe.

Dr. Room has received numerous awards for his scientific contributions to the field of alcohol research, including the Jellinek Memorial Award for Alcohol Studies, as well as the prestigious 2012 Australia Prime Minister’s Award for Excellence in Drug and Alcohol Endeavours.

ARG: First, thank you so much for taking the time to chat with us, Dr. Room. Can you talk about the very early days of alcohol research and how ARG first started?

RR: In the late 1950s, alcohol was in the context of the National Institute of Mental Health (NIMH). My understanding is that in 1957, there was a meeting of sociologists in Illinois to discuss what to do about alcoholism. They went to NIMH and said that the problem with alcoholism in America is that we know about it only through Alcoholics Anonymous (AA) or treatment agencies – we don’t know what’s going on in the general population.

They emphasized the fact that we need to study what’s happening with the general population. 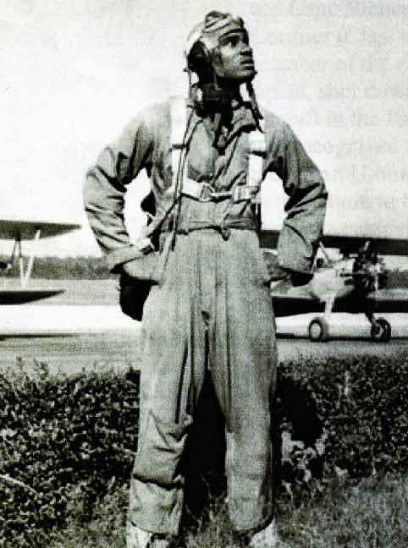 Out of that discussion, came the beginnings of ARG with a study called the California Drinking Practices survey in 1959, which was located within public health at the state department and federally-funded through NIMH. The main people involved were Wendell Lipscomb, a Tuskegee airman, who had been a psychiatrist at a mental hospital in Mendocino, dealing with alcoholism; Ira Cisin, who was a statistician and worked in public health; and Genevieve Knupfer, who they hired to be the project director. Genevieve was originally a sociologist who received a PhD in sociology and then went on to medical school before becoming a psychiatrist.

The California Drinking Practices survey was conducted in Berkeley. At that point, the survey was about drinking practices rather than drinking problems, that is, the demography of drinking and patterns of drinking.

In the early sixties when Genevieve was hired, and we had to write another grant proposal, that focus shifted to also include drinking problems, which became the San Francisco survey conducted in 1964. It included questions related to problems from drinking; it was also longitudinal and included interviews with couples, that is, interviews with the primary responder and the person’s wife, husband or partner.

Genevieve came at the issue with a very pragmatic view and, I would add, much more psychological than a psychiatric view which was also the primary argument of a paper she wrote for the American Journal of Public Health in the late 1960s. In that paper, she expressed quite clearly that when we’re talking about alcohol problems we aren’t talking about alcoholism. That was one of the things we were known for – known as the disaggregation perspective. We’d stumbled into this idea that we were not talking about the disease of alcoholism when we turn to a general population sample, we were talking about the problems that could happen when people drink.

ARG: The early research at ARG included disparities when there wasn’t a lot of disparities being done, is that correct?

RR: We wouldn’t have called it that, rather our gravity was sociology. Genevieve actually did her PhD dissertation at Columbia on how to measure socioeconomic status (SES) before she became a psychiatrist. So yes, we always paid attention to social class in one way or another and fairly early on tended to pay attention to gender, which matters a lot for alcohol. And we were always sensitive to issues of power. But really, that was more because of the water we were swimming in at the time – what was happening in the sixties around human and civil rights.

ARG: Was there anyone else in the country that was looking at alcohol from a sociological perspective?

Robin Room in the ARG Library

RR: Drinking surveys on alcohol consumption started taking off in the late 1960s.  A group out of Iowa were doing drinking surveys, but they didn’t get into the problem side of things as deeply as we did and their samples weren’t as good. There wasn’t much going on in other countries, either. You can find the beginnings of the British surveys in the 1970s and a little bit done in Germany and the Nordic countries starting quite early with Kettil Bruun. However, we, were right at the beginning.

I think this disaggregation approach was ARG’s contribution to the shift from the alcoholism frame to the alcohol problems frame. Most people think that the frame-shift arrived with the publication of the book Alcohol Control Policies in Public Health Perspective, from Kettil Bruun at the Finnish Foundation for Alcohol Studies [published in 1975]. But there was work being done before then, including our work on disaggregation.

ARG: It’s interesting that the work being done during ARG’s infancy was ahead of its time in some ways – the research was similar to what ARG scientists and you are doing now with alcohol’s harms to others.

RR: We never made the shift to what we are now doing, where we see alcohol problems as being essentially about other people’s responses – the interaction. But you’re right. When it comes down to it, if you’re going to measure alcohol problems, then you end up asking how it affects your different life areas.  We did include a set of items that we called the life area problems – measuring alcohol’s effects on friendship, family, workplace as well as your health – similar to how we now measure harms to others from the point of view of those harmed and those harming.

ARG: Can you talk about your time at ARG as director and how you may have helped shape the organization?

In 1963, I joined the Drinking Practices study at ARG and stuck around a long time after. Genevieve was the head until about 1968 and that’s when Don Cahalan came from Washington to become the director until I took it over in 1977. When Don was director, NIAAA made its first announcement about funding a research center. Don decided to write a proposal that would be an add-on to the state grant that supported the initial surveys. I persuaded him to write it as a separate proposal, just in case. The state grant was given to a group in Southern California and we received the federal Center grant. Don also applied for and received the first NIAAA training grant. It was an important addition to our center and continues to this day. At that point, Don retired and I became director.

I remember three years or so into that first Center grant, they sent a review group out from Washington to see how things were going. At the end of the review, I was driving the group back to San Francisco airport, and they were all talking to each other in the car and saying how great it was to see these young people full of energy, doing what we were doing.

As director, my way of working has always been pretty collective – lead by example not by telling people what to do. I remember when Don was director, we would sit on these stairs in this building where we worked on the north side of campus [University of California, Berkeley], and talk to each other. The Center’s agenda always got set by a triangle: what are the things people are good at and interested in; what are the things that someone will fund; and what’s in the literature that will be interesting to explore. Those three things are always being juggled. That’s my experience when you’re dealing with research centers, not just at ARG.

But we clearly had an expertise in general population studies of drinking and drinking problems, and moved from that to looking at change over time, both at the individual level, and eventually at a population level by conducting the NAS series of surveys.

Also, very early on, we became interested in what was happening in other countries. We were at the heart of what eventually became the Kettil Bruun Society (KBS) for Social and Epidemiological Research on Alcohol. It started with holding little meetings around the edges of international conferences. People would attend who were interested in surveys in the general population. So we always had an interest in the international work. Perhaps I had a bit to do with that being someone not from the US. Since then, the society has grown and continues to foster research collaborations and partnerships across the globe.

ARG: Thank you for providing a first person perspective on how ARG started and your role in continuing its work.  We look forward to more discussions to come.

Look for more interviews with Dr. Room and other ARG researchers. We’ll be posting videos and written interviews in the months to come as we continue to look back on sixty years of alcohol research.

To learn more about upcoming anniversary events and activities, please sign up for our newsletter.