The study employs new methods to collect data from a large oversample of sexual minority women (SMW) through an extension of the National Alcohol Survey (NAS) to examine mediators and moderators of hazardous drinking and other substance use among SMW and to conduct methodological studies comparing population-based to volunteer samples of SMW.

Previous studies indicate that rates of alcohol consumption, hazardous drinking, and use of tobacco and illicit drugs are higher among sexual minorities compared to heterosexual populations, and that differences in hazardous drinking are particularly pronounced among sexual minority women (SMW). At the same time, research to on moderators of risk have been hampered by reliance on sampling strategies for SMW that are limited in generalizability (e.g., predominantly volunteer samples without heterosexual comparisons) or power for more complex modeling (population-based samples with small SMW numbers).

This study responds to PA-12-111 (Research on the Health of LGBTI Populations) and addresses gaps identified in two recent Institute of Medicine (IOM) reports related to sexual minority health. Our specific aims include: Aim 1: Test innovative methods and techniques for expanding samples of rare populations. 1.1 Collect an oversample of sexual minority women (n ~1000), using respondent-driven sampling (RDS) with seeds from the NAS probability sample. 1.2 Conduct methodological comparisons between characteristics of the oversample and the primary NAS. Aim 2: Examine and compare mediators and moderators of substance use in sexual minority compared to heterosexual populations. 2.1 Use data from an oversample of SMW, supplemental survey data from SMW and matched heterosexual women from the National Alcohol Surveys to test more complex models to understand mediators (e.g., psychological distress) and moderators (e.g., social support, spirituality) of the relationship between minority sexual orientation and substance use. 2.2 Investigate the role of community level factors in the health and well-being of sexual minorities through analyses of geo-coded NAS and the oversample of SMW, including possible relationships between local attitudes and beliefs (e.g., religiosity and congregational distribution) and legal patterns (e.g., policies supporting or prohibiting same-sex marriage) and substance use outcomes among SMW. Aim 3: Methodological study comparing population-based to volunteer samples of SMW. Use quantitative data from the oversample (collected in Aim 1) and NAS (a national probability sample) and the CHLEW (a geographically restricted non-probability sample) to examine and compare estimates and correlates of substance use (hazardous drinking, tobacco use and illicit drug use) among SMW. 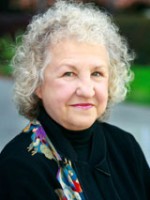