The purpose of this study is to investigate changes in alcohol consumption in the period leading up to the onset of pancreatitis and compare that to levels of drinking during asymptomatic periods.

There is no question that long-term heavy consumption of alcohol leads to increased risk of recurrent acute and chronic pancreatitis. While many patients and providers assume that heavy episodic alcohol consumption leads to acute pancreatitis, it is yet unknown whether ‘binge’ drinking truly causes pancreatitis and if so, what the relevant timing and duration of hazardous alcohol consumption is. Because of the lack of clarity on the transient effects of alcohol on acute pancreatitis, patients and providers are left with an uncertain disease progression and lack of tailored alcohol reduction recommendations.

Our study aims to investigate changes in alcohol consumption in the period leading up to the onset of pancreatitis and compare that to levels of drinking during asymptomatic periods. This epidemiologic design is called the case-crossover study, in which the diseased person serves as his/her own control. This study design has advantages over typical case-control studies in that factors that do not change within the individual, such as sex, race, genetic risks, will not interfere with evaluating the causal role of heavy episodic drinking on pancreatitis.

Participants in this study will undergo detailed interview on recent and lifetime alcohol consumption and other correlated health behaviors while they are hospitalized. Blood and urine will be collected during the hospitalization. After discharge, they will be interviewed again for any changes in alcohol consumption and blood and urine will be collected during a standard of care visit. The investigators will chart the progression of their disease through quarterly check-up by phone and through the medical records.

Ultimately, the investigators aim to generate data that will empower patients and providers to develop tailored regimens for prevention of recurrent acute pancreatitis, that will have lasting beneficial effects in averting irreversible damage to the pancreas. 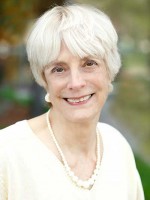