Increasing taxes on specific types of alcohol and implementing policies that reduce its availability have differing effects on specific subgroups according to a new study from ARG biostatistician  Meenakshi Sabina Subbaraman and colleagues. The study, published in Addiction, is the first to address gaps in alcohol policy research by examining how such broad-based initiatives aimed at reducing drinking and its related consequences vary across gender and racial/ethnic groups.

Results showed that increased state beer taxes led to an overall reduction in beer consumption and volume in the general population. However, when analyzing subgroup effects, only white and African American women drank less beer while the latter group also consumed a lower percentage of alcohol by volume (%ABV). 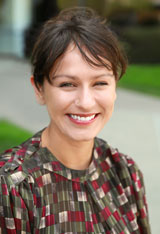 “This is the first study to examine beverage-specific tax and availability policies and their associations with alcohol outcomes across demographic subgroups,” said Subbaraman. “While alcohol taxation and availability restrictions are among the most effective methods for reducing alcohol use and its problems, understanding who responds to specific policies can better inform interventions aimed at addressing disparities between groups.”

Overall, the study confirms the strength of tax and availability policies on alcohol use. It also brings much-needed awareness of how broad-based polices affect subgroups differently thereby reducing, or in some cases, possibly exacerbating already-existing disparities.

“Efforts by community members to limit alcohol availability in their neighborhoods might help leverage local support while promoting the social and public health benefits to both minority and non-minority residents alike to ensure everyone benefits,” Subbaraman added.

The researchers used data from three cycles of the National Alcohol Survey (NAS) from 2000 to 2015 (n = 28,251). The NAS is a cross-sectional survey of United States residents over the age of 18 across 50 states conducted every five years.

Support for this research was provided by the US National Institute on Alcohol Abuse and Alcoholism (NIAAA) at the National Institutes of Health (NIH) under award P50AA005595 (Kerr, PI). The content is solely the responsibility of the authors and does not necessarily represent the official views of the NIAAA or NIH.